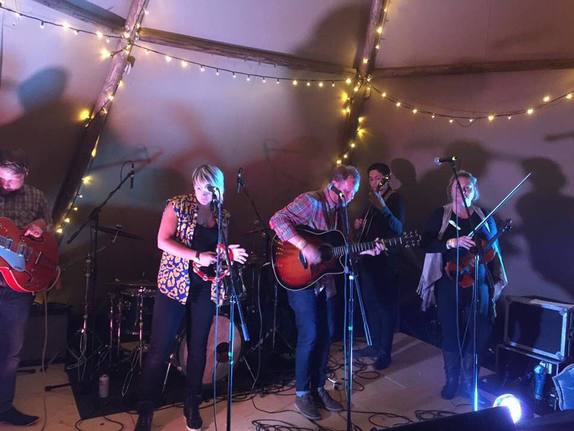 Formed in 2015, The Hardy Band are a six piece folk-americana band from Leicester - having influences from many genres of music, they have found themselves creating a fresh blend of melodic, foot stomping, country-pop.

Their sound combines the melodic guile of the folk romantics, the savage twang of the west coast hepcats and the joyous stomp of an Americana tinged barnburner.

Over the three years of being together, The Hardy Band has released two EPs, “The Hardy Band” and “Son of the Rising Dog”. They’ve had many radio plays, most notably on BBC Introducing and they’ve performed on many stages small and big, including headline slots at Country 2 Country and YNOT Festival.

Their influences shine through in their music from the best of Americana The Decemberists, Okkervil River, and Iron and Wine to their deep love of the giants of American folk rock, from Dylan to CSN&Y and Emmylou Harris to Pete Seeger.

Melodic, Romantic, Lustful, Exuberant, Daring and Gritty - they are like the Everly’s on steroids at a country-punk hoedown.

You can find out more at their facebook page -  https://www.facebook.com/pg/thehardyband
Support comes from MK's Starlings and Sparrows which is the project of singer songwriter Dan Patmore.
Supported by a rolling ensemble of musicians, SaS play indie pop folk with huge harmonies. The kind of music that you'd hear on a beach, at sunset, surrounded by friends.
CHECK OUT SOME OF OUR PHOTOS OF THE NIGHT .....
Powered by