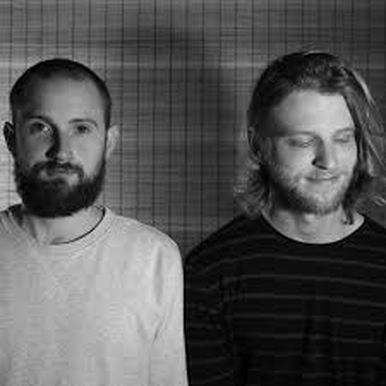 From singer/songwriter Matthew Lowe (Keston Cobblers' Club) and Daniel Rymer Trenholme (The Lost Cavalry) comes their new project Stables.
The Alt-Folk duo have been playing together from their days at school; after forming the successful folk-pop band Keston Cobblers Club, with Daniel moving on to study architecture whilst drumming for The Lost Cavalry and Matthew continuing to write and perform with The Cobblers and composing for film. The two have finally decided to pair up and embark on a new musical journey.

Matthew wrote the album 'Beyond Brushes' at the end of 2015 - 'With a little time off from touring, I knew I wanted to get my teeth stuck into a musical side project, going back to basics: myself, a guitar and a friend to play and harmonise with. Daniel was that friend, we got together, played through the tracks and recorded them in the month of January '16 in my home studio. It all just came together, as if it'd been going for years - Stables was formed and I knew we'd created something special'.

The duo put an emphasis on energy when playing live, with multiple instruments and filling the sound of a full band. Stables is a duo, but with the inclusion of notable musicians at shows and addition of a full orchestra in many recordings, the range of sound can vary hugely. Matthew says; 'I always wanted to create a simple sound, that could then be taken further when needed. From a small folk club, to a large festival stage, Stables is for 2 people who love to compose and perform, but it's not exclusive. Our goal is to fit in wherever we may play and by doing so, we embrace the idea of change from set to set, track to track with the underlining principle that we enjoy ourselves and the audience enjoy themselves. It's simple and that keeps it fun'.

Visit Stables website at  http://www.stablesmusic.com/
Support is from Bedford's Stephen Hinds.
CHECK OUT SOME OF OUR PHOTOS OF THE NIGHT BELOW...
Powered by