Cambridge band MORTAL TIDES are making big waves on the indie folk scene.
All talented multi instrumentalists   - the lads have just completed recording their debut album and will be playing songs from that as  well as their previous EP "Break of Blue" which received rave reviews in the Independent.
In October 2014 they scooped the NMG Eastern Region award for Best Band under 19

For more info on Mortal Tides go to ... 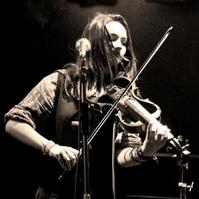 Bedford based GWINNY is a multi instrumentalist and exquisite songwriter and performer usually playing with Bedford band Blessem - she is a solo performer in her own right. You can find out more about Gwinny at ....