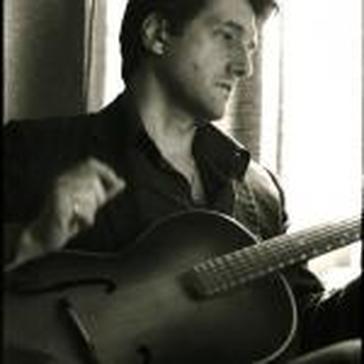 Paul Handyside was singer songwriter with eighties indie darlings Hurrah! who had releases on Kitchenware and Arista Records.

Paul released his debut solo album Future's dream in 2007 "...a rootsy acoustic troubadour with a masterful grasp of his craft” MOJO. The second album Wayward son was released in 2013. "...grown up music that touches the heart, the soul and the brain” MAVERICK MAGAZINE

With his third solo album Tide,Timber and Grain released in 2016, his songwriting developed further to blend elements of folk, americana and pop.

For the last album,the recording line up included Paul on vocals, guitar and and harmonium; producer Rob Tickell on weissenborn slide guitar, bass and guitar; Dave Porthouse on melodeon and double bass.

"…warm honeyed tones and clever songs about, groupies, love, death and redemption. Nothing new there you might say; but Handyside's delivery and the sublime slide playing from his guitarist Rob Tickell take him to a league well above his status as a support act. Think Richard Hawley with more charm!"

Support for this gig is Bedford's Amy Mason otherwise known as Acoustic Amy who regularly gigs in the Bedford area
Doors open at 7:30 and tickets are £10 (£5 students) available very soon from The College Arms Bar and on-line at
http://www.wegottickets.com/event/391649
Powered by