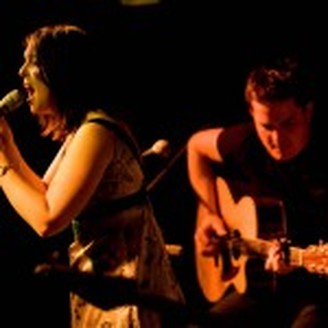 TINDERBOX are  an award winning acoustic duo featuring Dublin born Monique Houraghan with a distinctive ‘honey-like’ vocal, and Dan Tucker with an intricate finger style guitar technique. The duo have recently been accompanied on tour by talented singer-songwriter and session musician Bob Burke.

After meeting in North Yorkshire in 1997, Monique enticed Dan to return to her hometown of Dublin where they worked on writing and performing new material for the next four years. Tinderbox then travelled the world for two years taking their sweet and mellow sound to countries such as America, Canada, New Zealand, Australia, Fiji, Hong Kong, and Thailand.

With 4 albums behind them the duo, BBC 6 Music’s Tom Robinson has described the music as ‘Gorgeous’.  R2 magazine quoted “…tunes (that) stick in the memory from the start”, and Roger Day of BBC Radio Kent said they reminded him of “an early Fairport Convention“.

Support for the gig is Hertfordshire's Daria Kulesh